For me, It was almost a race that wasn’t meant to be. A couple of days before the race I had ‘issues’ with the bottom bracket on my race bike taking it out of action. Thankfully Pete Crawforth lent me his superlight 26 inch hardtail for the race. Secondly, driving to the race we had some sat-nav issues which led to a spot of pre-race off-roading in the skoda. Then after arriving late at the visitors centre, we realised the race was actually 10 miles further up the road!

After all the faffing and messing around trying to get to the race, we eventually arrived with only a few moments to spare. It was a good job we made it on time because the race was a real treat: fast, slippery, rocky singletrack into berms, jumps and boardwalk sections. Every difficult downhill seemed to lead straight into sharp steep climbs, affirming why this is a World Cup level course. 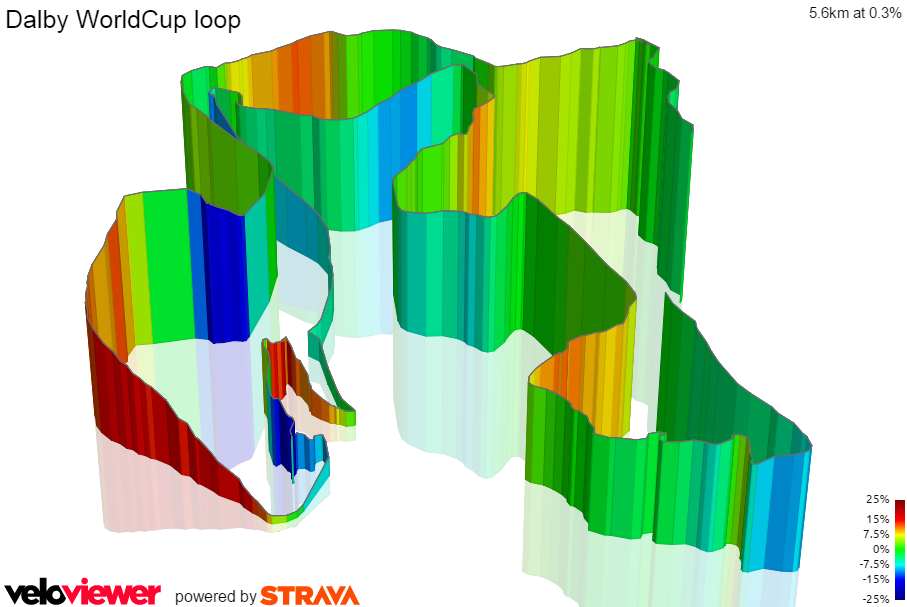 Two really fast riders escaped from the pack early on, leaving me on my own in 3rd place for the remainder of the race. However I wasn’t too upset to be riding solo as it allowed me to enjoy and savour the amazing course and get used to riding a 26 inch hardtail again. 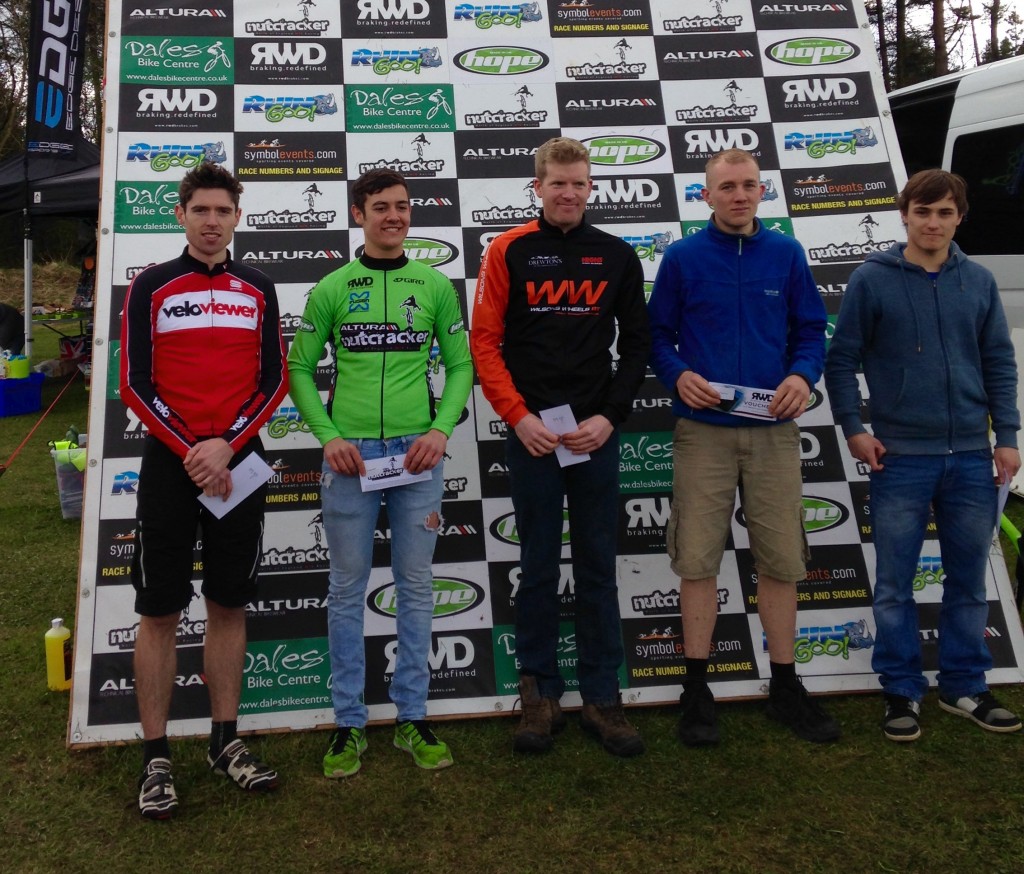 It was good to start the cross country season with a solid result and what a pleasure to ride on the World Cup course. I’m looking forward to the rest of the Nutcracker series, especially when it comes to our home city of Sheffield. 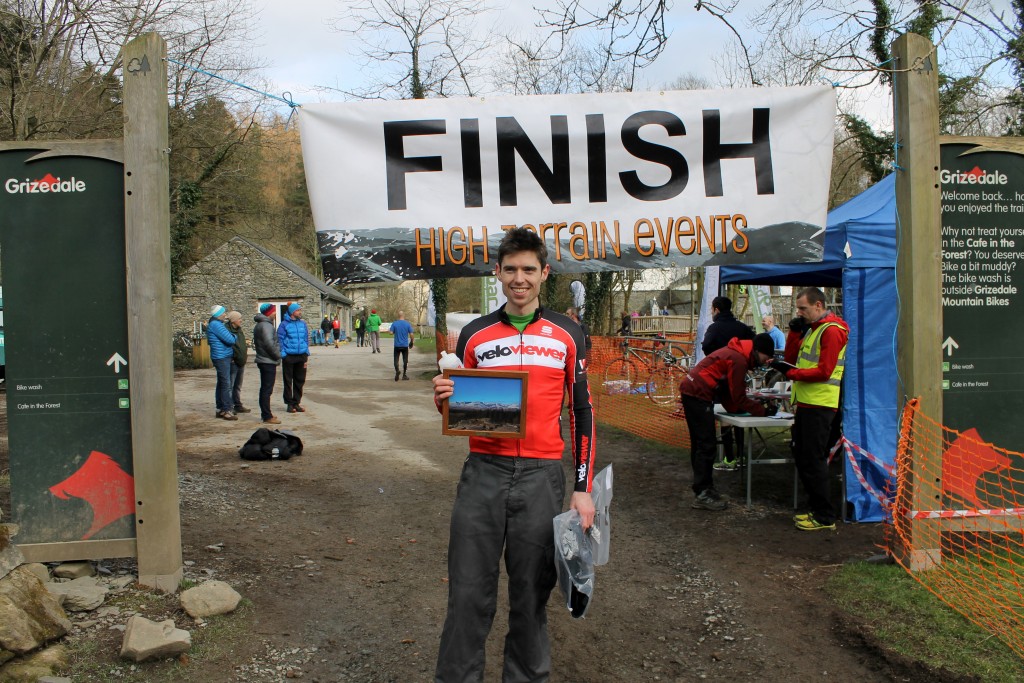 Today was the first outing for me in our new sponsor ‘VeloViewer.com’ kit, at High terrain event’s amazing grizedale race. I’ve done quite a few of their events now and they are amongst the most painfully tough, but are so much fun, with a really great atmosphere.

Run one was long and hilly. As a marker of things to come the start-line was literally positioned on the steepest grass bank the organisers could find, and everyone seemed to sprint from the gun to get into position on the singletrack. Two really fast runners shot straight off the front, while I settled in at slower pace with Alex in 3/4th. A few bogs later, a lot of up and down and we were back at transition after a steep techy run down some classic Lakeland slate double track.

I knew I’d have to go hard on the bike to catch the leaders and get a good enough lead to hold on in run 2. A lot of the bike was on the North Face red route. It’s a difficult track to hold momentum on, and I tried to stay as efficient as possible on the rocky singletrack. I caught the leader about half way round with some amazing views over Coniston to spur me on, despite the pangs of cramp in both my legs. I love the last downhill ino T2 here and gave it some proper beanz, almost out of control as I skidded into T2. 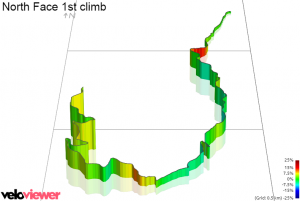 Deja vu back to 2 years ago where Tom Gibbs overtook me in the second run after we fought for the lead most of the way round. So I knew the mission: to stay well ahead of the fast runner in 2nd, and just think about getting to the summit in first place. Once I got there and could still see I had a good lead I knew all I had to do was survive down the slippy, rocky downhill into the finish!

What an event and just so hard, especially pushing through the pain of run 2!

Check out VeloViewer.com for their amazing maps and route profiles of your strava data. Thanks so much once again to the organisers who always do such a great job.

Check out our new sponsor VeloViewer.com for the amazing images of strava activities

VeloViewer.com is the ultimate cycling and running activity analysis and viewing tool!

It uses your Strava GPS data to produce an amazing number of stats and different ways of analysing your activities; from basic things like speed and average heart rate, through to maximum gradient and pace per kilometre.

It provides some of the most visually interesting ways of analysing your activities ever imaginable, check it out

Billed as the most technical XC race course in the country, this race high on the ridgeline above Fremington certainly didn’t disappoint! 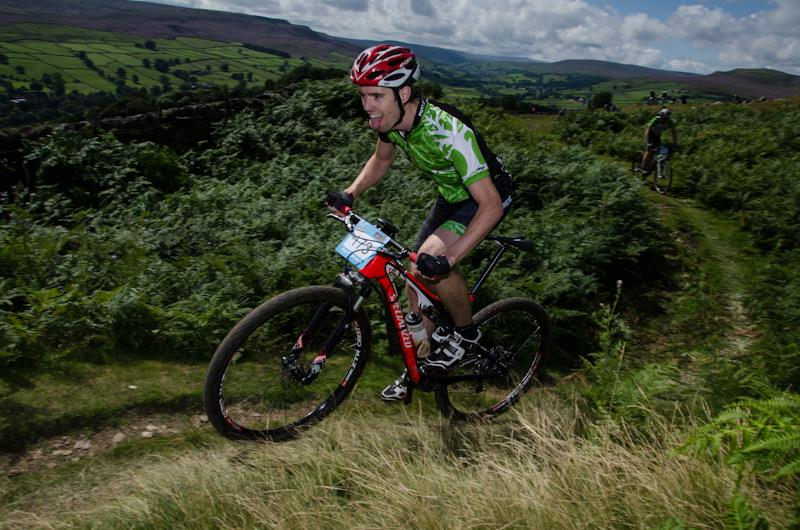 Everyone was a bit nervous at the start after the lengthy counselling we recieved prior to the race explaining the difficulty and exposed nature of the course. I didn’t get a chance to pre-ride it due to arriving too late. The first half of the lap is a long difficult climb all the way up on the moor, and for lap one I sat in 2nd-3rd place trying to conserve some energy. As we came around towards the edge, and the inevitable ‘dangerous’ downhill  I could sense the nervosness of the gruop looming. Maybe stupidly, I thought this might be a good time to attack, so I pulled out of the drafting line and accelerated into the downhill. 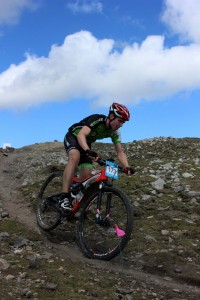 Dropping over the skyline, a moonscape landsacpe opened up below, and we took some difficult ridgeline turns down into more rocky singletrack. It was really exciting to ride ‘un-sighted’ and with the added pressure of just having ‘jumped’ off the front of the pack. Swoopy, rocky singletrack continued to the  base of the climb again, and I made an effort over lap 2 to get a good gap on second place. I 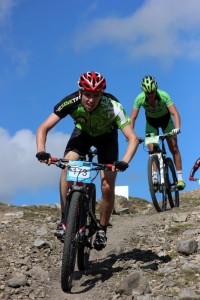 managed to hold off the chasing riders on the final lap, and I was able to enjoy the last downhill to the finish, and avoid skidding out on the steep, grassy turns into the finish line.

Big thanks to The Bike Tree, Nucracker and Lisa Metcalfe for Photos

We love riding in Sheffield, and even better a proper XC race right in the heart of the city!

Being billed as the ‘Steel City Showdown’ it felt that the cross-country little brother to the Steel City Downhill, with a great crowd and amazing support for both events. 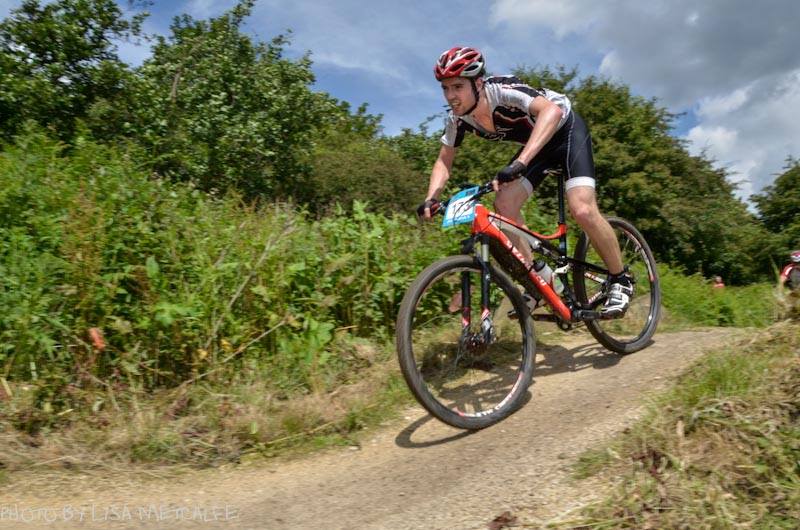 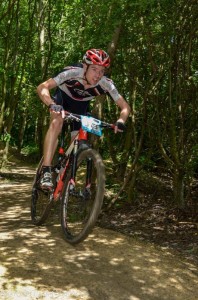 We started the race at a fast pace, fighting for position into the first singletrack. I managed to somehow keep 3rd place into the woods, and kept close to the leader as we jostled for position around the first lap. I felt the pace slow as we finished our first lap and took the chance to make a jump away from the others on the climb. I carried on attacking on the downhill we know and love, being our local track, and managed to get a good gap as we approached lap three. The highlights of the course were the smooth berms, and tabletops, the slippy off camber singletrack, and the new dual slalom descender section; left or right line?!

I managed to hold the lead through to the finish for the win. Sitting around after the event there was a really friendly atmposhere, chatting, and of course some obligatory heckling of the vets race!

Thanks to Lisa Metcalfe for the first 2 photos, to see all her photos click here