Strathpuffer, for us, excluding the weeks of bike fettling and part buying, starts on a Wednesday and finishes on a Monday. During this time we ride in the middle of winter non stop for 24 hours round a circuit north of Inverness – that’s the easy bit.

Yorkshire Gold  formed in 2013 exclusively to ride The Strathpuffer.  Each year we have pushed ourselves through some pretty tough physical and mental challenges.

2014 –  More prepared – remembered the awning this time and had the luxury of a generator and a gas space heater. I seemed to be never happy with my tyre choice.

Getting to Strathpeffer involves a multi-stage journey from Sheffield. First leg has an overnight stop in Scarborough to pick up the caravan and the Volvo. What  follows is 12 hours of a  steady 50 mph tow up to Inverness. Heavy snow when leaving Scarborough and throughout  the Cairngorms made for some challenging driving conditions but it was all going to be be worth it come race day.

We’d never had a true snow year, so our hope was that these extreme conditions would stay with us for the race and we weren’t disappointed.

Talk of  new sections of the course added a bit of uncertainty, but with the days leading up to the race being consistently below zero degrees we hoped this would prevent it being a churned up mudbath.

On arrival  the course had got  a thick covering of snow, bringing on it’s own unique nature of unpredictability. This is just what I wanted adding to the excitement. The course conditions became either dry and powdery, leg-sappingly deep slush, or had a thin 6 inch wide compacted snow race-line that if you strayed slightly offline the consequences were you would either fall off or grind to a halt. The plowed fire-roads also had their own form of compacted ice and were fast rolling but usually uphill. There were also many regions of black ice, white ice and odd looking brown ice!

In typical fashion the race started with it’s Le-Man style run which adds the initial bit of comedy as you try to run with cleats on sheet ice whilst also looking for you bike through all of the crowds lining the start area.

The brutal nature of the course is well captured by its Veloviewer profile. From the  start you blast the first 4 km which is nearly all uphill ranging between 5 and 8 %. Following on are  the techy rock sections, which are broken up by further sharp snow covered fireroad sections. The constant changing of gradients and tight bends is then only briefly rewarded by the fast 2.5km final descent which is always over far too quickly but in nice dry conditions like we had it helps put a long lasting smile on your face.

Our race order has remained largely unchanged over the years with Myself starting, followed by Andy, Tom and finally Ian (Rich in year 1). Opting for the single lap each strategy helps keep the tempo high for those out on track but doesnt help for those off the bike who are trying to get as much rest as possible.

Our start was very positive placing us within the top 10 by the end of the first lap. As the laps went on we all managed to hold our own tempos as other teams began to slow down. By midnight and the early hours we had taken  4th place which soon on lap 17 turned into a satisfying 3rd. Soon, Yorkshire Gold were showing their full strength and consistency putting time between those behind us, a comfortable 20 minute gap.

Throughout the night it got continually colder with temperatures dipping to -9°C but with no wind or snow (and us not actually stopping) it never actually felt cold to be out on the bike. The course held up amazingly well, with the new sections adding new challenges. The new steep climbs made the old familiar steady climbs feel easy and the open snowy corners forced you to remind yourself how to ride a bike properly and keep your fingers off the brakes. I am now a fan of running the Bridge of Thighs section in reverse – I do think we were lucky with the frozen conditions, since anything warmer would have been a bit of a slog.

Heading into the last few hours of the race and the rough calculations showed that it was going to be close to get the  last lap in before the clock reached 24 hours. Exactly 10.03 and 30 seconds (the race had started late). My last lap was nothing to be proud of, with me foolishly only eating enough food to recover and not enough to sustain the lap comfortably,  resulting in me losing concentration on the final descent, falling 3 times, breaking my shoe, dropping my garmin and front light all requiring a couple of backtracks to retrieve them. Impressively Andy and Tom each managed to pedal out personal bests that resulted in Ian, who had thought he had got away with missing a lap, being the last person to start our final 28th lap.This sealed our 3rd place and closed out a great race with us all doing 7 laps each and standing together on that much sought after podium.

Strathpuffer is a fun weekend, with top organisation, a friendly and supportive atmosphere with some fine Scottish weather. Anyone reading this should consider taking part in this event. “When it come to mountain bike challenges, they don’t come much tougher or more rewarding than the Strathpuffer”

Many thanks to the race organisers and sponsors for putting on the event.

Thanks to Tom’s Parents for lending us the caravan and this year even their car!

Thanks also to VeloViewer for their continued support for my racing.

The last time I raced Bontrager twentyfour12 was back in 2013 and I remember arriving there having had to drive through an almost biblical amount of rain and pitching up on a very wet camp site. This year seemed to be history repeating itself with what the news reported to be a months worth of rain falling during the Friday. However, come race day we were briefly reminded that it was still in fact summer and the race started in near perfect conditions. I just pretended not to acknowledge the fact that past midnight things were due to change again…

The course is great, they really have found a spot on venue that offers everything you’d want for a 24 hour race. There is enough to keep your mind interested with no sections that that I could ever say “I didn’t like that bit…” Even the Cliff climb has its rewards. I like how the course weaves through the campsite, it really helps build the friendly atmosphere that this race has.

The Veloveiwer profile below shows how the track offers some good rewards with nice long sections of techy rooty / rocky singletrack with some good tough climbs and steep descents. 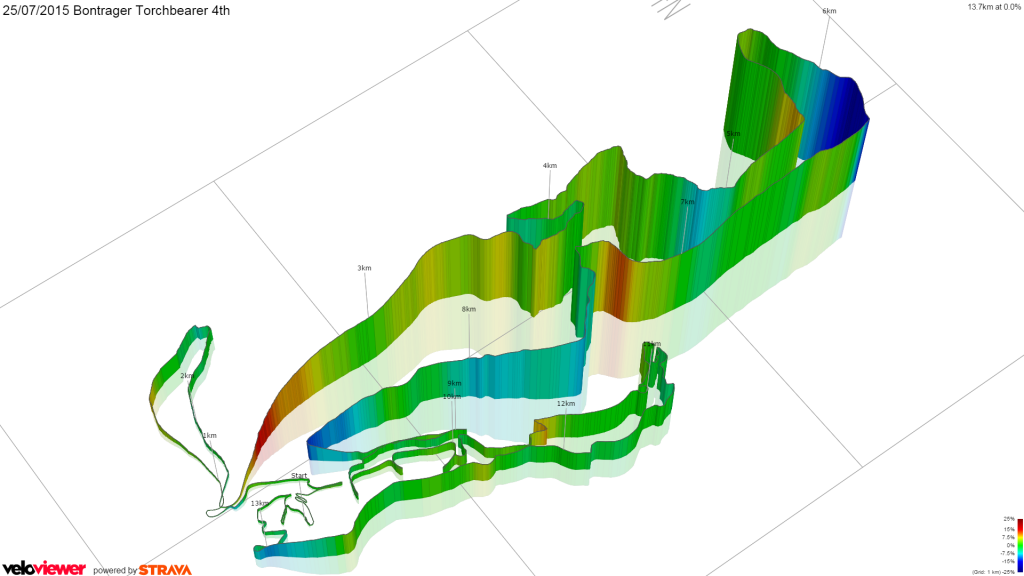 After a day of watching, shouting and supporting everyone who started at midday I managed to get the bikes sorted and primed, with only a few mechanical panics. During the day It was nice to see everyone’s bikes slowly getting cleaner and cleaner. The thought might have even crossed my mind that we might be in for a completely dry race.

After a hours nap I lined up on the start line with all of the other Torchbearers, it was warm it was dry time to get smashing.

The first few laps proceeded pretty quickly, managing to pit on every other lap, but as the night drew on mental fatigue started to kick in. My lowest point must have been around 5, but after some much needed encouragement and a good strong coffee my spirits began to rise just in time for sunrise and the for the rain to properly kick in.

With each passing lap the rained seemed to get heavier and heavier but the course seemed to be able to hold up really well. The roots were slippy and singletrack resembled more a river but the ground kept running surprisingly quickly.

By pretty much the end of the second lap the top 5 riders had managed to establish our positions. Each time I crossed the line I kept giving a glance over to the timing tent that showed how the gaps were being maintained. I felt I would have been losing a fair amount of time on the first part of each lap but would have been making gains in the later parts. A push during the middle part of the race saw my gap to 3rd reduce but a few unfortunate mechanical issues throughout slowed my gains.

Crossing the line at 11.30 and after doing the maths we worked out that 4th place was safe I was able to call it a day.

It was a great feeling to finish such a hard race and to be riding against such strong competition. It was good to remind my body of what it feels like to suffer through the early hours and to successfully push through.

Huge thanks to VeloViewer.com for their continued support throughout this season. 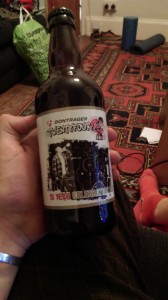 If last years course is anything to go by looks like we are all going to be in for a fair amount of climbing! ~400 m per lap 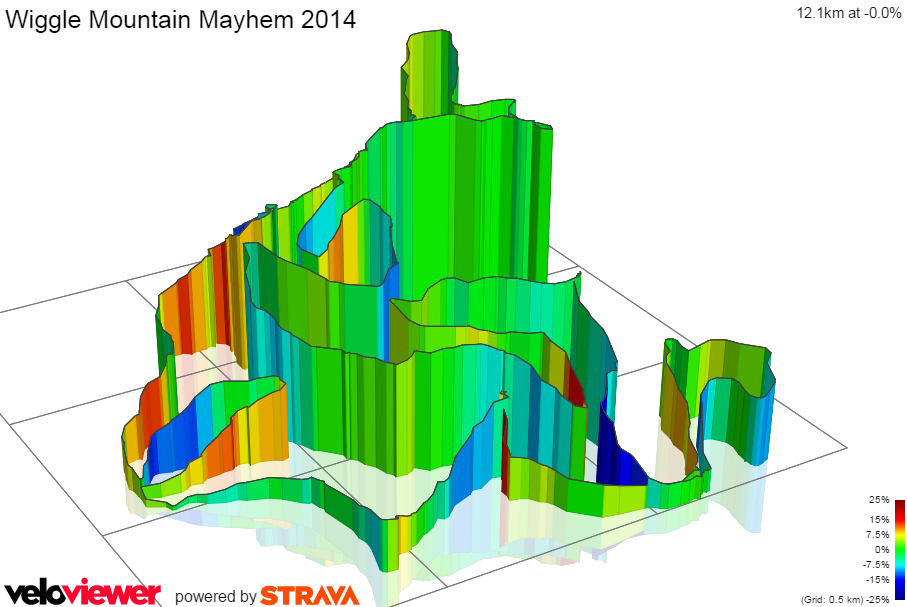 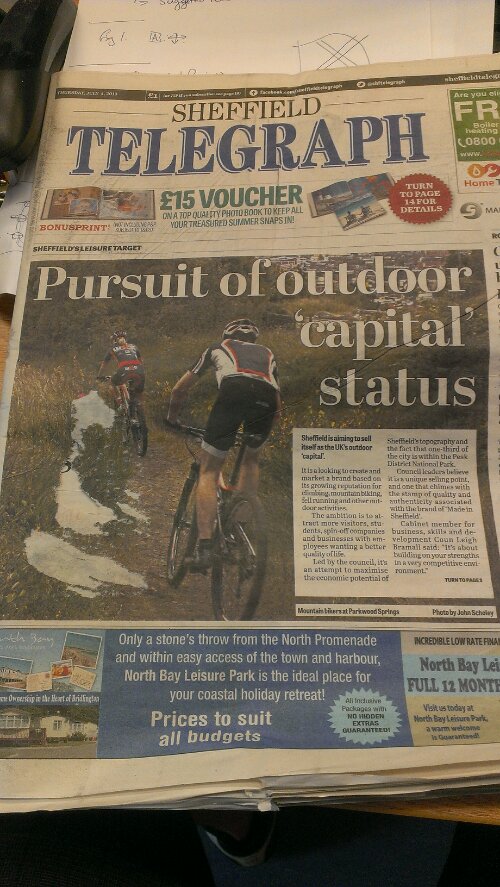 Andy’s ass finds itself on the front page of the Sheffield telegraph. We at Pedalpursuits agree that it makes a great advertising statement for Sheffields bid to be the outdoor capital of the UK.

A race report and updated league standings have been published via velouk.net