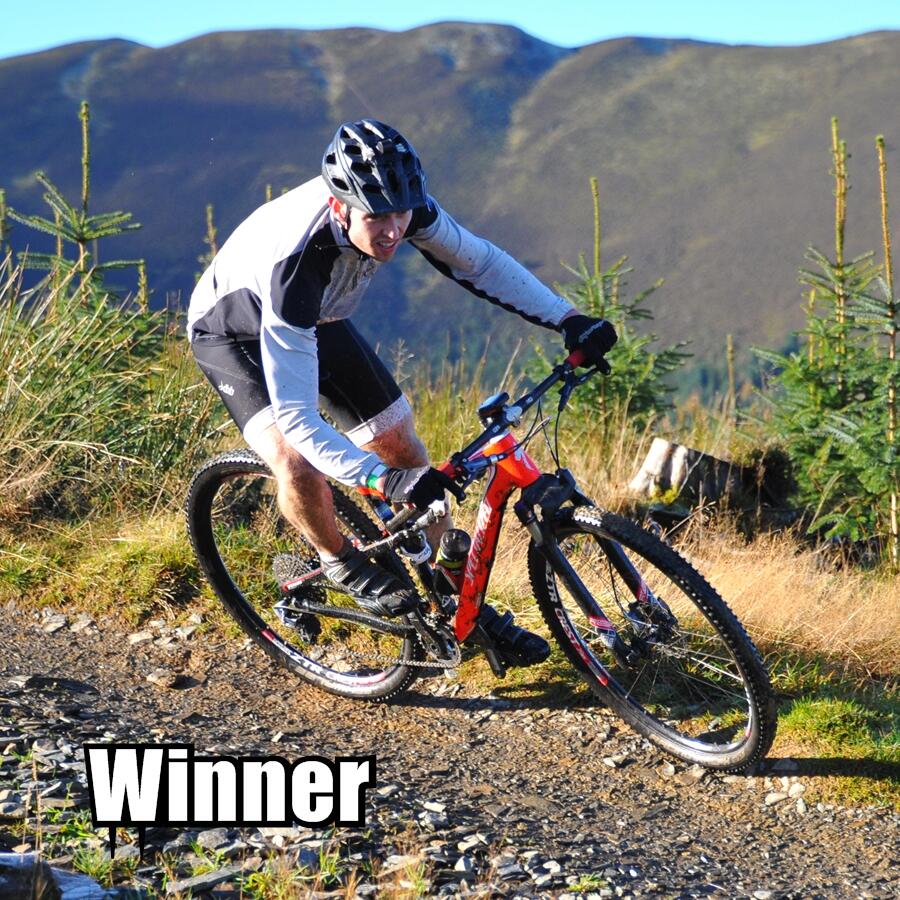 Photo with thanks to SportSunday

On Sunday I took part in the Whinlatter Duathlon; the first event of the series run by the brilliant High Terrain Events. This year the event was part of the World Off-road Duathlon Series, with a Spanish team ‘Team Mindundi’ flying over to compete.

At the start of the year, at my first attempt of an off-road duathlon (Grizedale), I was overtaken on the second run by Tom Gibbs coming 2nd-place by about 20 seconds, reflecting my lack of running fitness. This year I was a little more prepared, having done about 4 runs recently, and even some ‘block training’ where you practice changing between run-bike a few times during the workout (the neighbours thought I was going mad!)

The weather in the UK has been great recently; if you are a fan of cold, wind, and loads of rain, but for Sunday it all changed and we had wall-to-wall sunshine and snow above 400m. The course was therefore covered in ice, making it really difficult especially on the bike, with the only sections spared tending to be on the tops of berms, and the well draining sections. 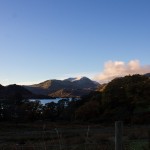 RUN 1> Off we went, pretty fast paced, I initially held onto about 6th place, with Chris Steele storming off into the distance as a lone leader. The run was much more demanding than I’d been expecting. There was a lot of climbing, some of it on very marshy, muddy steep tracks through the forest. I was trying to keep a good position but not use too much energy in doing so, because I knew I could put more effort in on the bike. Run routes

By the end of the first run I was well positioned in 4th place, but I knew there was a long way to go and the next 18 km off-road biking followed by another equally hard 6 km was feeling like the least enticing thing I could imagine. 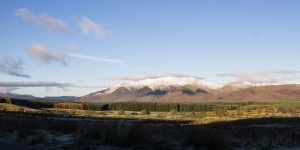 A quick change onto the BIKE and I headed out into the ice fields of the blue Altura trail, almost crashing on the first corner, not realizing quite how icy it was in the center of the track. With the ice, you had to really concentrate on every rock and root to make sure you didn’t lose a wheel out of the corner. I slowly caught the few riders ahead with just Chris still ahead. A marshal whispered ’20 seconds ahead’ and around the next bend I could see the leader. We cycled together for a moment but I knew I had to gain a healthy advantage over the rest of the field if there was any chance of holding onto it to the finish, I wasn’t keen on a repeat of last year where I was overtaken practically in sight of the finish line.

RUN 2> ‘I’m knackered’ I thought as I set off on the second run. My legs didn’t seem to cramp too often though and I managed to find my feet and gave it all I could to the summit of Seat Howe. After a punishingly steep climb up the snowy forest climb the view at the top was amazing, savored only for a second before letting my legs go and rolling down to the finish, looking over my shoulder as I went! 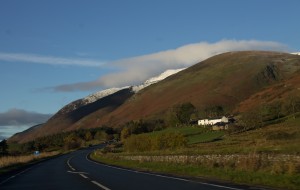 I was so happy and relieved to hold on to the win. This event really is painful and I needed a long sit down before being able to move at the finish! I think its pretty tough for anyone competing and was amazing to see some of the achievements, with competitors still coming in over the line after 4 hours of hard running. 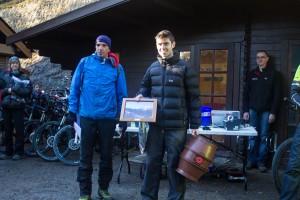 To top the day off (as well as Man United beating Arsenal) was the prizes of an awesome Salomon bag, a lovely framed photo, AND A KEG OF ENNERDALE BLONDE ALE!! Woohoo!

See ya at the next one, if I’m not a raging alcoholic by then!

Many thanks to High Terrain Events for a well organised fun race, to SportSunday for their great winners photo and to the lovely people at the The Bike Tree for their continued support, cheers guys!